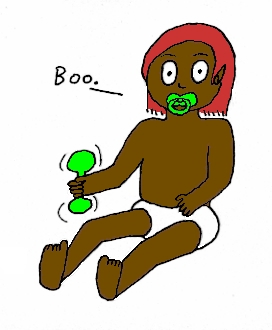 Kids of the USS Freedom

Aidan Bjorn, Lani Marie, and Estelle May (triplets) - custody given to Brinks' mother after Demian's disapperance.

*At the time, Milton was Dammers was "cursed" and shapeshifted into the form of a male Kzin. Although the children are Caitian-Kzin hybrids, there may be some human DNA in the mix.

Go back to the crew roster